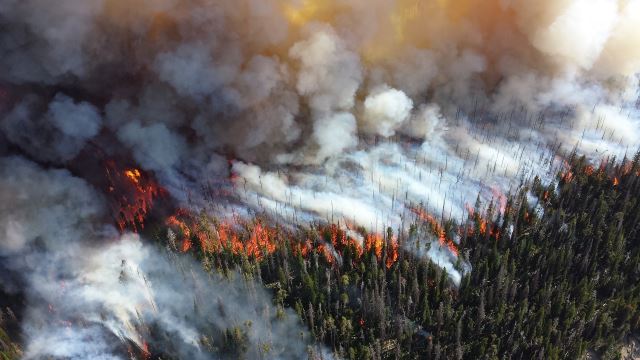 “A heavy wildfire season across much of Canada appears to have reached its peak on the West Coast, with British Columbia declaring a state of emergency as spreading wildfires saw more than 100 helicopters providing aerial firefighting support throughout the province.

As of Aug. 14, there were 469 fires burning across B.C. – 255 of them being out of control. Across Canada, B.C. has been hit by the most wildfires (1,677) and seen the most hectares burned (373,801) of any province so far this year, according to the Canadian Interagency Forest Fire Centre (CIFFC).

“I think pretty much every helicopter in Western Canada is engaged in the wildfires right now,” said Robert Gallagher, owner and president of Coldstream Helicopters based in Vernon, British Columbia.”…

…”According to Charlie Mooney, director of corporate development at Yellowhead Helicopters in Valemount, British Columbia, virtually all the smoke being produced from B.C. wildfires is staying over top of the province right now.

“I was talking to one of the fire centers a few days ago, and in one of the complexes up near Quesnel they had 25 helicopters in total that they had on hire in that one area,” Mooney said. “But it was so smoky there were only two of them that got out to be able to work — the rest of them were sitting on the ground.”

Yellowhead Helicopters has 13 out of its nearly 40 aircraft on contract with the province for wildfire support, which include the Bell 212HP, Bell 212 Single, Bell 206 B3, Bell 407HP, and Airbus AS350 B2.

Mooney told Vertical some of the aircraft the company has been able to put out on fires were actually scheduled for other jobs. But because of the extreme fire hazard and fires, some of the projects have been postponed until it’s safe for crews to be out in the backcountry.

The province currently has 108 helicopters in the air to support firefighting operations.”…

“It’s been a very active fire season for us, especially in northeastern Ontario . . . we haven’t seen this type of fire season here in the northeast in quite some time,” said Shayne McCool, fire information officer at the Ontario Ministry of Natural Resources and Forestry (MNRF).

“We’ve seen a lot more high-profile fires that have impacted people and their properties much more than they have in [the] recent past.”

The above-average number of wildfires in Ontario has meant more helicopters in the air for fire suppression, monitoring purposes and ground crew support.

Aircraft come in handy especially when a fire starts in a remote location with no road access, he added.”… 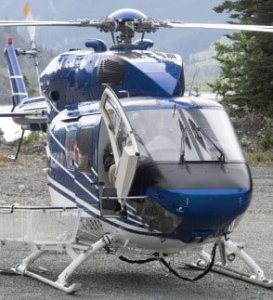 YHL is expanding its fleet again with two additional BK117 B2 helicopters.

The first two BK117s purchased in the Spring were brought into operation by August 2022. 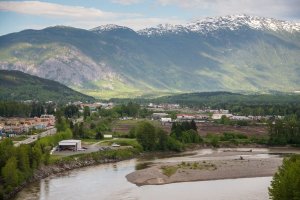 Once in a lifetime opportunity to be a base manager and helicopter pilot mentor at our Terrace BC location. Love the outdoors? Join Us!

Manage Cookie Consent
To provide the best experiences, we use technologies like cookies to store and/or access device information. Consenting to these technologies will allow us to process data such as browsing behavior or unique IDs on this site. This website does not request or store personal identifying information. Not consenting or withdrawing consent, may adversely affect certain features and functions.
Manage options Manage services Manage vendors Read more about these purposes
View preferences
{title} {title} {title}